I recently read a public opinion poll that indicated that our government’s new anti-terrorist legislation, Bill C-51, is supported by the overwhelming majority of Canadians.   This tells me that our government is on the right track,  our country takes the threat posed by Jihadist terrorism  seriously, and Canadians understand that terrorism is not a human right but an act of war. 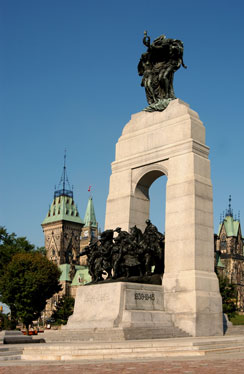 The international Jihadist movement has declared war on Canada, and Bill C-51,  the Anti-Terrorism Act 2015, would provide additional tools for law enforcement to monitor potential terrorist threats and to take action to disrupt terrorists before they can strike.  Canadians understand that their freedom and security go hand in hand.  We’ll protect both and there are protections in the the legislation to do exactly that. Searches would continue to require warrants signed by judges.  The legislation would not apply to lawful political expression, protest or dissent.  The existing independent oversight of intelligence gathering would apply to the use of the new tools in the legislation.  This bill is a reasonable, necessary and serious response to the new threats posed by terrorists.

The first obligation of any government is to defend the country and the people.  This concept should transcend partisan politics.  However, the New Democratic Party is the only major Canadian political party to oppose these measures to make our country more safe.  Last week Linda Duncan stood in her place in the House of Commons and voted against second reading of Bill C-51.

I wish I lived in a world where these new tools were not needed.  But it is a dangerous world with evil people who plan and  do evil things.  The responsible action for our government is to take steps is to defend our country and our citizens by stopping these evil people.  I wish I lived in a country where taking reasonable and necessary measures to defend us transcended partisan politics.  But some politicians refuse to take the danger of these evil people seriously.  The only serious action for Canadians is to elect a Member of Parliament who will stand in their place and vote to protect our country and the people who live here.

Your MP should support measures to keep our country safe.  If elected, I will.